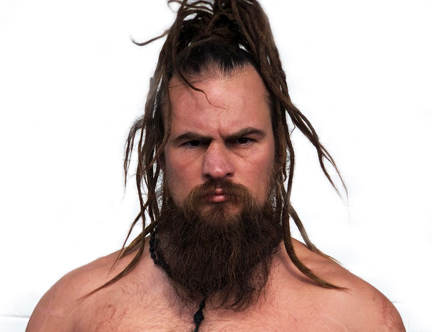 Boban Simic is a USA fighter. His titles held, XFO heavyweight belt, was ranked number 5 heavyweight for King Of The Cage, fought for their cruiserweight belt against Wes Combs.

I have always liked to fight ever since I was a little kid.  I always had to be known to be the strongest kid my age in school.  If there was a bully thinking that he’s bad, I had to beat him up and show the other kids who I am.  I loved to fight.  As for how I got into MMA, I always used to train and lift weights to try to make myself extremely strong.  Not for any sport, I hated sports, but just because I always felt that I had to be the strongest.  I got to a point in my life where I was broke and I was in a neighborhood with a lot of gangbangers and crime.  I lived in a building where I had access to big basements and decided with my two cousins that we should do some underground street fighting with the bangers on the street for money in the basements, like our own fight club.  Whenever they wanted to act tough with us, we would just ask them if they’ll put money on it.

A friend of mine heard that I was trying to do this, so he started talking with some people about me doing street fighting in places like bars where they’d put money on me.  He started calling out some people in the community who thought they were tough to see if they’d fight me.  Anyways, to make it short, another friend heard about all this and he came to me telling me that I didn’t have to do it that way.  He said that I can make money the legit way in the sport of fighting.  He could put me in a cage fight, but I’d have to train for three months first.  So, he took me to my first MMA school.  Wow, I was excited!  I didn’t know you could get a cage fight that easy and fast, all I knew about was the UFC.

I trained for three months and got my first fight with a big Canadian Pankration champion.  He was about 6’5” and 280 pounds.  I knocked him out in 47 seconds.  I had his blood all over me and I felt bliss for the first time in a long time.  I knew then that this was for me.  I had done boxing and sparring, but this felt way more exciting than boxing.  As I said, I don’t like sports – especially team sports, but I like to fight and that’s why I got into it.  I get to fight people for money and not get arrested.

Simic lives in Roscoe Village and can be seen in the winter riding his bike to the waterfront, shirtless, with a chain strapped around his chest. He’s been swimming in Lake Michigan in the dead of winter for years. Lakefront residents regularly dial 911 to report a man in the water who may need help. After a number of encounters with firefighters and cops, Simic now calls the CPD Marine Unit to let them know he’s going for a swim. Simic jokes that he’s not human, he’s another species. His Instagram handle is “thefirstoneofmykind.”