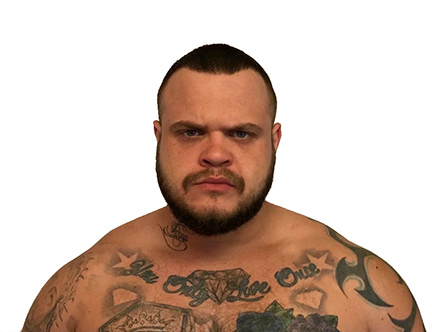 Steve started his boxing career when he was 21 years old. His first fight was for a charity event and then moved on to unlicensed fights with 6 wins and 1 loss. Steve then discovered the sport of organized Bare Knuckle Boxing and instantly fell in love with the sport. Steve continued on with 7 bare-knuckle bouts with 5 wins and 2 losses.

Growing up for Steve was tough. He never really had a normal childhood, that most kids should have while growing up. Steve was brought up with my mother being in a domestic relationship with one of her ex-partners and young Steve witnessed evil & horrible things that this man did to Steve’s mother that left scares on Steve’s heart and life forever.

As a child Steve experience serious abuse where he was beaten, bullied and tortured through the years, and up until the age of 15.  After Steve was sexually assaulted by a man in front of this hole football team, and he got away with it in court, Steve grew tired of being the victim. Steve was let down by the police and let down by the system that was supposed to be there protecting him and his family from years of abuse and torture. Over and over the police and the system let Steve and his family down. So there was only one thing to do when there was nothing else to do and that was to FIGHT!

Steve rebelled against everything and anyone that came his way. For once in Steve’s life, he was winning and standing by himself fighting; and he loved it. Steve Gold started to make a name for himself in his local town and in local unlicensed fights.

When Steve approached the age of 21 he was introduced to organized fighting. “Boxing saved my life. It was only natural for somebody who’s been fighting their whole life; mentally and physically, to become a fighter. What can I say, I am a creation, molded by the environment around me. And I wouldn’t change a single thing that’s happened to me, because it’s made me the man I am today.”