Bare Knuckle Wars is a reality show about 2 teams of bare knuckle boxers from different countries. Season 1 has theUK vs USA in the heavyweight division. The show begins with each team starting off with 12 fighters with 7 fights or less competing to represent their country. There will be 4 in-house elimination fights to cut the team down to 8 plus their experienced team captain. Over the course of the show you will learn about these men, their history, and what brought them to the sport of boxing. You will see the sacrifices they and their families make to help fulfill their dreams of being a champion. There’s a lot more to a fighters life after they leave the ring.

The 2 teams will live, eat and train together with a common goal of team victory in mind. One of the unique aspects of Bare Knuckle Wars is that no one knows who they are fighting until they step into the ring. With all the team members having 7 fights or less, that puts them all in the same experience category. The veteran team captains are the only fighters going into fight night who know who their match-up is. Unlike traditional boxing, our fighters are paid more for their victory than the loser. $25,000 to the winner and $15,000 to the loser. Our main event team captain fight has the winner receiving $200,000 and the loser $100,000. There are also bonus checks for quickest KO $10,000, best fight $5,000 to each fighter. The team points and $10,000 bonus to each team member is based on a point system where you get more points for the faster a fighter defeats their opponent. Welcome to Bare Knuckle Wars, where real fighters compete. 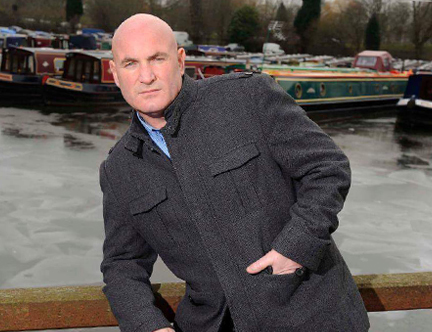 James Quinn McDonagh was born in Ireland in 1967. He spent the early years of his life living the traditional way of Irish Travellers, in a horse-drawn barrel-top wagon, sleeping in a tent by the side of the road. As the head of a clan, James was forced to combat constant opposition both inside and outside the traveling community and became a true proper fighter.

James Quinn is an undefeated heavyweight bare-knuckle boxing champion who truly made his way up the ranks with a remarkable life story. He has since then moved on to find and train up and coming bare-knuckle fighters.

James is the star of the acclaimed movie “Knuckle” which explores the history of bare-knuckle boxing and traveling fighters. He is also an accomplished writer of a book by the same name. “Knuckle” the book is published by Harper Collins Publishing.

James Quinn McDonagh has settled in the UK where he lives with his wife and two sons. He is a community leader and an inspiration to fighters everywhere. James has assembled TEAM UK on the show and is also the team’s conditioning coach and trainer. 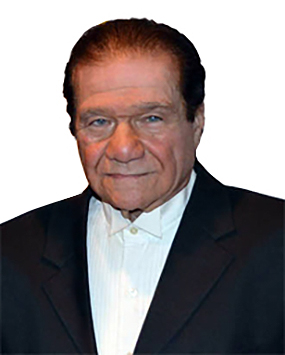 Don Elbaum is a visionary fight promoter with an impressive number of world champions under his belt such as Muhammad Ali, George Forman, Willie Pep, Roberto Duran and Sugar Ray Robinson to name a few.
Don has also achieved other notable fame in the fight world who brought boxing back to Sweden after more than 35 years of a ban on fighting. Don is also the first promoter to bring an American fighter to the Philippines for a world title. Don is an inductee in more than a dozen boxing hall of fames such as the New York, New Jersey, Pennsylvania, Michigan, Ontario, and the International Boxing Hall of Fame.